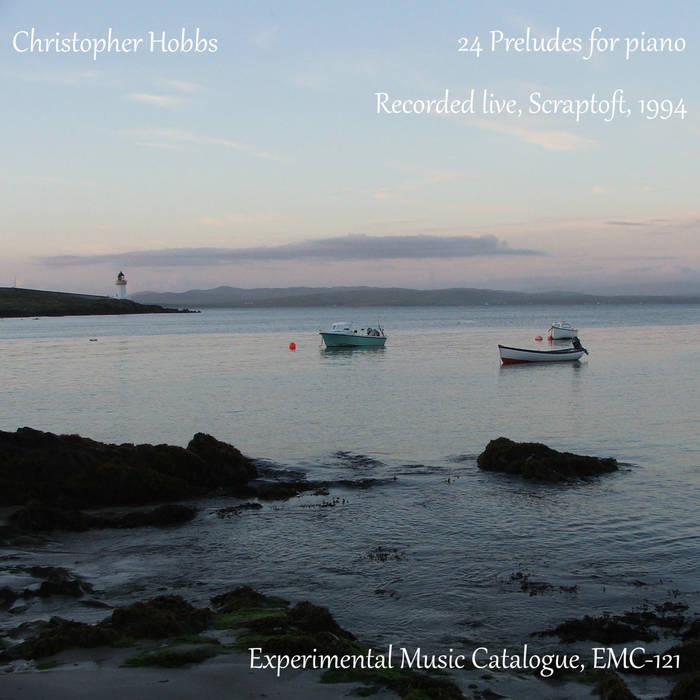 My 24 Preludes for Piano, in all the major and minor keys, were written between April and June 1992 while I was living in Redlands, California. I intended that they would together form an evening’s worth of music, so the total duration is around 72 minutes. They draw on a variety of influences, especially Busoni (in the 12th Prelude) and Alkan (in the 24th). They were written in the order they now stand. At first I thought of them simply in terms of their keys, but gradually short titles emerged. However, since they came after the composition I placed them at the end of each piece, as Debussy does in his set. For this album I have decided to omit them altogether. The performance you will hear is the British premiere, which I performed at the Scraptoft campus of De Montfort University on January 26, 1994 [Christopher Hobbs].