by John White and Christopher Hobbs 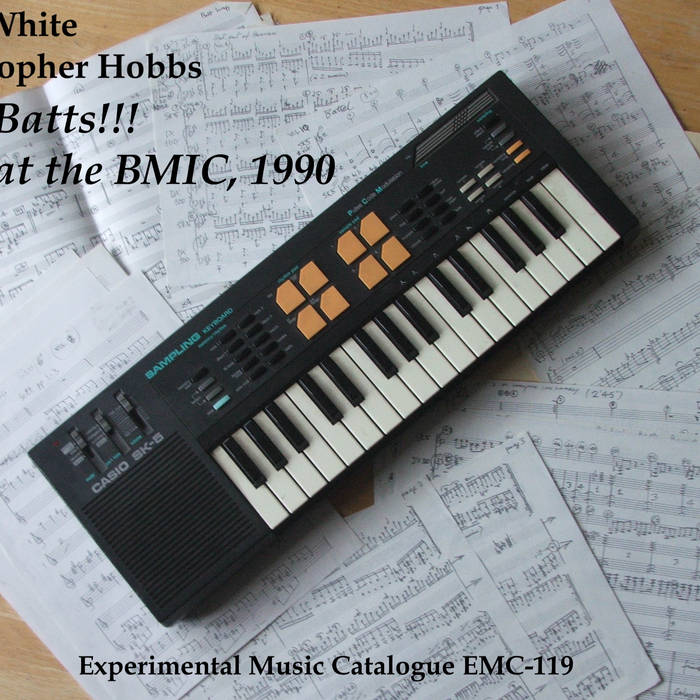 Live Batts!!! was a duo formed in 1990 by John White and Christopher Hobbs. The two composer/performers wrote all the music for an ensemble consisting of small battery-operated keyboards, some of which included primitive samplers, plus battery-powered amplifiers and speakers.

In total, Live Batts!!! produced a dozen or so original pieces and one or two arrangements. All the pieces are quite short—an average of four minutes each—and the only connection between them, apart from the instrumentation and a shared sense of quirky humour, is the fact that the word “Batt” (or associated words, like “Vampire”) appears in most of the titles. The Batts of the Delectable Mountains is a joke serial piece, to be performed with suitably exaggerated avant-garde gestures. The title is a riff on Vaughan Williams’ The Shepherds of the Delectable Mountains. The German translation of Delectable Mountains could be Schönberg. The final piece is an arrangement by White for Live Batts!!! of Pavane, by the Tudor-era British composer Richard Dering.

This album is a recording of their concert at the British Music Information Centre (BMIC), on Stratford Place, London, on 8 June 1990. Live Batts!!! also made a short tour of California that year. The duo ended in 1991.

The Live Batts! title was resurrected by White in the 2000s for a trio consisting of White, Andrea Rocca, and MJ Coldiron. Their recent album can be obtained through ANTS Records: www.antsrecords.com/AG18_LIVEBATTS!.html